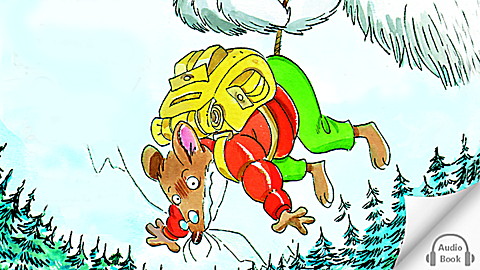 Geronimo Stilton #4: I'm Too Fond of My Fur!

Ages 6-9 yrs.
Tune in as Geronimo Stilton travels to Professor von Volt's lab in the Himalayas.

When Geronimo Stilton gets a call from his old friend Professor von Volt, he must embark on a journey to a lab in the Himalayas!

Listen in as Geronimo encounters a Sherpa guide and endures the unbearable cold on his climb up Mouse Everest. Will Geronimo deliver the secret diary to his old friend, or will he end up in the hands of a yeti, a mythical hairy beast?

Geronimo Stilton is a best-selling children’s book series about Geronimo Stilton, talking mouse, journalist and editor for the fictional newspaper The Rodent’s Gazette. I'm Too Fond of My Fur! is the fourth audio book in the series.